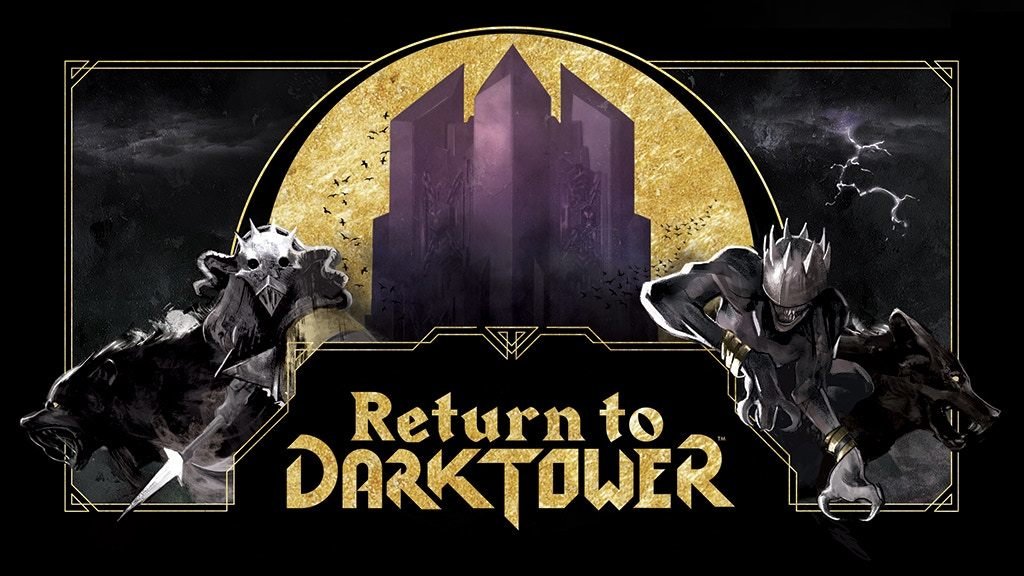 When will pledges be locked and charged?

Backer surveys (pledges) will be locked on April 10th 2020 and cards charged shortly after. Retailer backers ( For Bazaar Proprietors Only ) will be locked and charged later, we will be communicating with them separately.

If I preorder now, will I still receive all of the Kickstarter stretch goals?

The preorder store contains all of the game upgrade stretch goals, including additional content for the game. It includes most of the add-ons: Alliances expansion, Dark Horde miniatures pack, The Coffers token upgrade pack, and the neoprene mat. It does not include the art prints, card sleeves, or metal coin. Those will be available after release on our webstore or at conventions.

Who are your shipping partners?

What happens if the app is no longer supported?

We are committed to supporting the app and have already demonstrated that commitment with our Restoration Games app, which we have continually updated for the past 3 years. However, we promise to open source the code for the app if we ever stop supporting it so that the gaming community can continue to update the app in perpetuity.

What is the warranty on the Tower?

We have a 2-year warranty against defect under normal wear-and-tear under which we will replace the tower for free. We will ship you a replacement tower along with a return label and require that you return the damaged tower in the same box. For lost or broken towers, we will replace at cost plus shipping plus a $10 handling fee. We offer replacement parts for all other components free of charge.

Due to an error in setting up the Kickstarter page, some countries are charged shipping at the time of pledge, while others will be charged in the pledge manager (BackerKit) after the campaign. You will also be charged additional shipping if you order add-ons or multiple copies and at similar rates.

What is the power source for the Tower?

The Tower uses three AA batteries. You may use standard alkaline batteries or rechargeable batteries.

How many games can I play on one set of batteries?

We won’t have a final answer on this until the Tower goes through detailed re-engineering with the manufacturer. The prototype models last for up to 3-5 games, depending on how long the games last. We expect the final battery life ot be better with non-protype parts and a more efficient final design.

What happens if the batteries run out during my game?

The app can sense the power remaining when it connects to the Tower and will warn you if it thinks you might not be able to finish your game with the batteries installed. If the batteries die during the game, you can replace them and continue with your game.

Can I save my game?

You can pause the game in the app and continue it later. However, you must preserve the game state of the board and Tower. If you had to pack up the Tower, it would be possible but difficult to record the location and count of any skulls in the Tower and manually recreate that.

Why should I back on Kickstarter given their union situation?

We are happy to report that Kickstarter and the union have reached an agreement. The union has expressly asked people to continue backing projects on Kickstarter.

Do I need to be connected to the Internet to play the game?

No. You only need an internet connection to update the app as necessary. During the game it is not necessary.

Will the game be available in retail?

We have a retailer pledge level. Retailers who back at that level will carry the game. We expect, but we cannot guarantee at this time, that the game will be available in retail distribution. However, we will set any retail release date for at least 3 months after Kickstarter fulfillment is completed. We also do not expect all of the add-ons to be available in distribution. Most likely “Alliances” will be available, but other items are unlikely.

Is the game available in other languages?

We are working on that as we speak and hope to have something to announce during the campaign.

Didn't you have problems with GamesQuest in your Fireball Island Kickstarter?

Yes. However, we have received independent references from publishers and backers that they have consistently provided good service over the past year. Also, we will not be fulfilling during the holiday period, which caused a number of problems in the last campaign. We have received written assurances from them regarding their service, including penalties for non-compliance.

Are you using the same style box as Fireball Island?

No. Return to Dark Tower has a standard style game box made from thick chipboard with no creases on the sides (similar to our other titles, such as Downforce).

BackerKit is a service that crowdfunded project creators use to keep track of hundreds to tens of thousands of backers—from shipping details, pledge levels, preferences and quantities, whether they have paid or had their card declined, special notes, and everything in between!

The BackerKit software and support team is independent from the campaign’s project team—BackerKit does not handle the actual reward shipping. For more information about the preparation or delivery status of your rewards, please check the project's updates page.

How does BackerKit work?

After the campaign ends, the project creator will send you an email with a unique link to your survey. You can check out a walkthrough of the process here.

I never received my invitation. How do I complete the survey?

The most common reasons for not receiving a survey email is that you may be checking an email inbox different from the email address you used to sign up with Kickstarter, Indiegogo or Tilt Pro account, or it may be caught in your spam filter.

Confirm that the email address you are searching matches the email address tied to your Kickstarter, Indiegogo, or Tilt Pro account. If that doesn’t work, then try checking your spam, junk or promotions folders. You can also search for "backerkit” in your inbox.

To resend the survey to yourself, visit the project page and input the email address associated with your Kickstarter, Indiegogo or Tilt Pro account.

How do I update my shipping address?

When will my order be shipped, charged or locked?

That is handled directly by the project creator. BackerKit functions independently of the project itself, so we do not have control of their physical shipping timeline. If you want to check on the project’s status, we recommend reading over the project's updates page.

I completed the survey, but haven't received my rewards yet. When will they arrive?

As BackerKit does not actually handle any rewards or shipping, the best way to stay updated on the shipping timeline would be to check out the project's updates page.